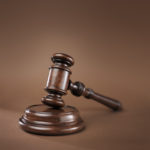 Why not just buy a drone and capture your own footage??? Because, if you live within 150M of a built up area, then you are likely to be breaking the law as soon as you take off!  Link to the Drone Code

Ringtone.net Ltd has been granted a permission to carry out “Flights at Night” from the Civil Aviation Authority, by demonstrating that we have the suitable equipment, documented procedures & governance  to execute this activity safely.

SUAS (Small Unmanned Aerial Systems), UAV (Unmanned Aerial Vehicles),  “Drone” Operators require a Permission For Commercial Operation if they wish to fly their aircraft on a commercial basis (conducting ‘aerial work’ for payment or valuable consideration), or fly a camera/surveillance fitted aircraft within congested areas or close to people and properties that are not under their control. The CAA do not ‘Licence’ or ‘Certify’ SUAS Commercial Work (as some people and websites state) but issue a Permission for Commercial Operation (PfCO) under various Articles of the Air Navigation Order The Air Navigation (Amendment) Order 2018.

Also using a Drone with a camera comes under ICO guidelines (see below).

Please ask the Company Providing any Aerial Photo or Film work for you, to see a copy of their Operations Manual which will include the PfCO from the CAA and also a copy of their Insurance Certificate!

Our permission from the CAA: 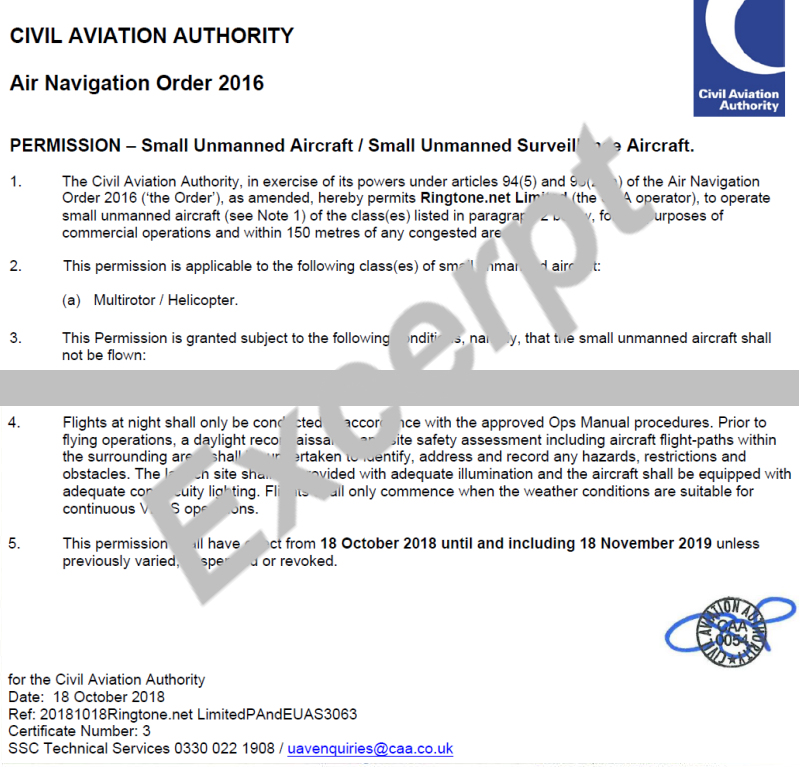 Under normal conditions we are limited to a maximum flight ceiling of 400 Feet however most images are captured from much lower. We must also not operate the SUAS/UAV/Drone (Aircraft)  more than 500 Metres away and must be in site at all times. We can create an Operational Safety Case and submit to the CAA for approval but most  most operations can be completed within the standard limits.

The CAA rightly so treats Unmanned Aviation with the exact same safety and rigor as Manned Aviation and there are a number CAA Publications and Procedures that define what we as an operator are allowed to do and obliged to undertake. CAP 393 (The Air Navigation Order 2016 and Regulations (ammended 2018 and 2019)  must be followed at ALL times!

For the purposes of the Air Navigation Order 2016 and Regulations (Amended 2018 and 2019), “commercial operation” means any operation of an aircraft other than for public transport –

(a) which is available to the public; or

(b) which, when not made available to the public, is performed under a contract between an operator and a customer, where the latter has no control over the operator, in return for remuneration or other valuable consideration

Means any unmanned aircraft, other than a balloon or a kite, having a mass of not more than 20kg without its fuel but including any articles or equipment installed in or attached to the aircraft at the commencement of its flight.

The ICO recommends that users of drones – also called unmanned aerial systems (UAS) or unmanned aerial vehicles (UAVs) – with cameras, should operate them in a responsible way to respect the privacy of others.

I have complied with all of the regulations stated above and am going to take some aerial photos of my neighbours house for him as a favour. Is this OK? Probably not! CAP722 states that ANO 2009 Article 259 ‘Meaning of Aerial Work’ details that a flight is for the purpose of aerial work if valuable consideration is given or promised in respect of the flight or the purpose of the flight. This means it’s not just money that needs to change hands!

We use cookies and similar technologies on our website to make it better for you, but first we need your explicit permission.

When you visit any web site, it may store or retrieve information on your browser, mostly in the form of cookies. Control your personal Cookie Services here.